Relief from injuries in Martial Arts 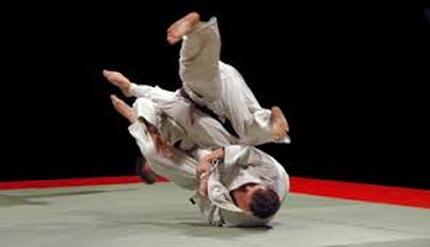 Dit Da Jow Trauma Liniment is a favorite in the martial arts world. Han Dit Da Jow is a cool liniment useful for all kinds of bruises and sports injuries. Rei Dit Da Jow is a hot liniment used when increased blood circulation to an injury is necessary. Each batch is handmade using a proprietary blend of herbs. The liniment is aged for six months before it is bottled. Some people make their own version of this pain liniment at home using recipes available online.
Common Martial Arts
Karate, Judo, Kickboxing, Catch Wrestling, Brazilian Jiu-Jitsu,
Greco-Roman wrestling, Sambo
Martial arts, such as karate and tae kwon do, have become very popular in recent years for both adults and children. Karate and tae kwon do have been promoted as excellent activities for maintaining good health and fitness. People frequently perform these activities after school or work.   The student becomes injured due to either a lack of balance, flexibility, strength or speed. For example, one can kick and punch while standing in one location or while moving. The ability to deliver an appropriate kick or punch depends on the student’s flexibility and balance. In delivering a front snap kick, which requires an upward movement of the foot and leg, lack of hamstring flexibility can either reduce the effective height of the kick or tear the hamstrings while the athlete executes the kick. A lack of balance while performing this move will cause the support foot to be loaded without stability. This can produce sprains or strains of the foot and ankle.
Injury rates
A study using injury data compiled by the Nevada State Athletic Commission from professional MMA matches held in Nevada in 2001-2004 found an overall injury rate of 28.6 injuries per 100 fight participations (a “participation” is defined as one competitor in one bout). Another recent study used data and records compiled by ringside physicians who were on-site at 12 separate professional MMA events hosted in Hawaii over seven years (1999-2006), with competitors from the United States, Japan, Brazil, and elsewhere. They found an overall injury rate of 23.7 injuries per 100 fight participations. Abrasions, lacerations, concussion, orthopedic injuries, and facial injuries were found to be the most common. The injury rates in MMA competitions were found to be comparable to injury rates reported for competitive boxing and karate.